What is the best gaming mouse? 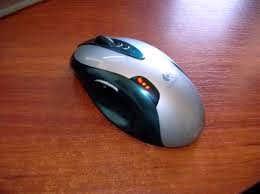 In FPS game speed and accuracy when shooting is everything. To accommodate these needs Logitech gaming mouse brings latest innovation called the Logitech G402 Hyperion Fury.
Claimed to be the fastest in the world, this gaming mouse orchestrated by ARM processor 32-bit and comes with two special sensors. The first sensor is a sensor Fusion Engine that combines the accelerometer and gyroscope sensors. Thanks to this innovative sensor, Hyperion Fury Logitech G402 mouse movements to be able to read more than 500 inches per second (IPS). This makes it very suitable for use in the genre of FPS games that require high speed.
The second sensor is Delta Zero. The sensor is tasked to ensure the Logitech G402 Hyperion Fury presenting a very high degree of accuracy. Mouse for this game offers four DPI settings which can be accessed quickly to suit the needs and character of gamers. Through its shifiting DPI features Logitech G402 Hyperion Fury can move from 240 DPI to 4000 DPI in an instant.
In addition to having advanced technology, the Logitech G402 Hyperion Fury also features eight programmable macro keys in accordance with the wishes of the user. And thanks to its onboard memory and software in particular, the Logitech Gaming Software, this gaming mouse can save the entire configuration prearranged to accelerate and facilitate user access to the optimal settings quickly.
Rumput & Kerikil
Add Comment
Game Hardware
Wednesday, October 22, 2014
More From Author
Hardware
Load More