What's the different between hacker and cracker? 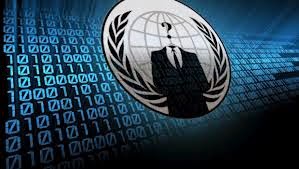 Many people are misunderstanding about Hacker, the general public often assume that the term hacker and cracker/Crime hacker are the SAME. The connotation is almost always negative and evil. In fact, some of the hackers who have rendered great services for saving or warn of a system on the Internet, so that the owners are aware of their weaknesses.
Here is a definition of hackers and crackers
Hacker is a term for a person or group of people who provide a useful contribution to the world of network and operating system, making the program's support for the network and can also be categorized komputer. Hacker job is done to look for the weaknesses of a system and provide ideas or opinions that could improve weaknesses system detects.
Cracker is a term for people who are looking into it for system weaknesses and personal interests and seek to profit from the system enter in as: theft of data, deletion, and many others.
Having the ability to analyze the weaknesses of a system or site. For example: if a hacker tries to test a certain site of the site's content will not be messy and distracting others. Usually hackers reported this incident to be fixed to be perfect. In fact a hacker will provide input and suggestions that could improve the system conceded that he entered.
Hacker:
Hackers have ethical and creative in designing a program that is useful for anyone.
A hacker is not stingy to share their knowledge to those who are serious in the name of science and virtue.
A hacker will always deepen their knowledge and increase understanding of the operating system.
Cracker:
Being able to create a program for the benefit of himself and destructive or destructive and make a profit. Partially example: Viruses, Credit Card Theft, Warez Code, Bank Account Burglary, Theft Password E-mail / Web Server.
Can stand alone or in a group to act
Having a website or hidden in IRC channels, only certain people can access
Have IP addresses that can not be traced.
The most frequent case is that Carding Credit Card Theft, then change the piercing site and all its contents into a mess. For example: Yahoo! never experienced anything like this so it can not be accessed in a long time, the case klikBCA.com most hotly discussed some time ago.
There are several kinds of hacking activities, including:
Social Hacking, you need to know: what information about the system used by the server, who is the owner of the server, who is managing the server admin, what type of connection is used and how it is connected to the Internet server, using the connection anyone any information provided by the server , whether the server is also connected to the LAN in an organization and other information.
Technical Hacking, the technical measures to make incursions into the system, either with the tool (tool) or by using the system's own facilities that are used to attack the weaknesses (security holes) are present in the system or service. The core of this activity is to gain full access to the system in any way and any how.
So we can infer that a good hacker is a person who knows what he is doing, to realize the full extent of what it does, and is responsible for what he did. While the hackers 'malicious' or so-called cracker is a person who knows what they do, but often do not realize the consequences of his actions. And he did not want to take responsibility for what they have known and done it. Since the hacker is a person who knows the ketahuannya, in the world of course there are ethical hackers that must be met and adhered together.
Furthermore Cracker, Cracker is someone trying to penetrate the computer systems of others or breaking through a computer security system to benefit others or commit crimes.
This is what distinguishes it from hackers. The working principle is the same hackers and crackers. What distinguishes the two is the goal. In terms of ability, crackers and hackers are also not much different. But crackers often have knowledge that is more resilient and courage and recklessness that is greater than a hacker. But in terms of mentality and integrity, both are much different.
Ok, I hope the above explanation can be useful and add your knowledge to be able to distinguish what is good and what is evil.
Rumput & Kerikil
Add Comment
computer term Security
Sunday, October 19, 2014
More From Author
Security
Load More