What is Trojan Malware? 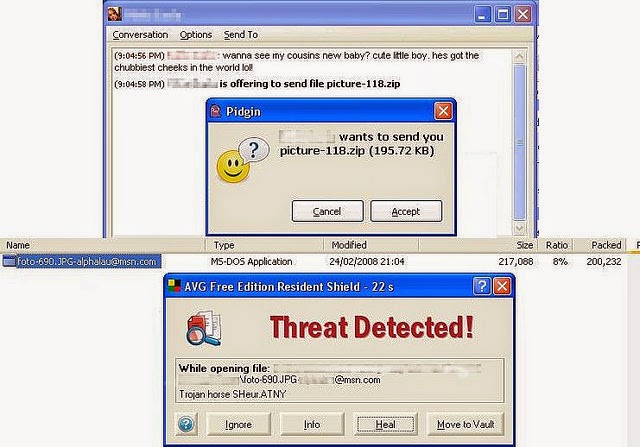 Understanding Trojan.
As a user of the computer, viruses are terrible things, or even among us may have experienced it. Among the wide variety of the virus, there is a dangerous variant called trojans. His full name is Trojan horses taken from the chronology of the Trojan War when the Greeks attempted to penetrate the fortress to hide in a horse-shaped wooden sculpture. probably from the chronology of this trojan term originated due to the nature of this virus is attacking computer systems are slowly and unwittingly online users when the condition is controlled from another computer (the attacker).
Unlike the worms that are directly damaging the system (crashes) then as if the trojan is usually seen as a good program so it is difficult to be detected. The spread of venom through the major trojan internet activity, when a person is not downloading apps from the official source in it have infected Trojan source code, for other spread normally through executable files with EXE or COM extension.
The purpose of manufacture.
The purpose of the manufacture and deployment of this trojan is used for negative things such as stealing passwords, record every keystroke (keylogger) and sends it to the attacker's server, take over another computer administrator privileges and ruffled system, infiltrate a program and ruffled attributes so that the program can not be executed. trojan but sometimes also used by the military or the intelligence agnet to tap the data or used by parents to monitor their child's activity on the internet.
Trojan precaution.
In anticipation of this trojan attack, there are some things we can do:
1. Install a trusted anti-virus and update on a regular basis, especially when connected to the internet.
2. Be careful when you're connected to the internet, if you do make sure the download activity from a trusted source (official).
3.Scan advance any files that have been downloaded.
4. Perform a scan first before opening the storage media (hard drive and flash drive) another person who used the computer companions.
5. When you buy via the internet (financial) make sure that the login page is the original page.
6 Always enable the Windows firewall and your anti virus, never turn off this feature.
Thus my brief discussion of the meaning of trojan, how to anticipate danger and may be useful.
Rumput & Kerikil
Add Comment
Security
Tuesday, September 30, 2014
More From Author
Security
Load More